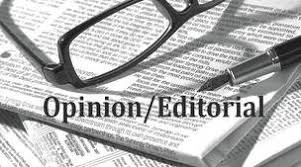 I have had the pleasure of working with some great young adults who are fairly new to the corporate business world.  While they reign supreme when it comes to the different types of digital technology and all the uses of it, it is interesting to note that a business work ethic could use polishing or perhaps even some professional training in that area would prove highly beneficial.

Though it is quite common for the new generations to drop the “old” traditions and trade them in for the “new,” some business ethics cannot afford to be ignored if personal growth and business success is the goal.

An illustration of this was noticeable as was witnessed some students who are working part-time plus going to school. In their job, they are providing customer service to many, many people.  When they approach a customer, their interaction can appear to be stoic, (no smiles) and their manner somewhat distracted by the waiting cell phone delivering a new text.  Remember, they aren’t used to face-to-face dialogue, they are used to texting their thoughts, ideas and even manners. While the new social media trends are not only great but here to stay, the dated traditions of “the customer comes first” has not changed.

While not knocking the fantastic technology that the world embraces today, there is a need for training modules for the new upcoming experts in the business world.  If we are to have a workforce that mandates great customer service, we will need to also mandate the training that provides this service.  We can always use the tools of technology  to research and show us video’s to train the upcoming experts.  A more viable method would be the one-on-one classroom techniques that the students have been accustomed to.  Those business and marketing classes in High School would be a great place for this training venue.

Have an opinion?  Please share it in a kind and professional way.

As we approach the Martin Luther King, Jr. annual holiday observance, states all over the globe including Georgia, are planning events, memorials, concerts and lectures, all in respect for this clergyman, activist and prominent leader for the African-American Civil Rights Movement.

This iconic man was known for his non-violent aspirations in fighting for justice and civil rights. His famous speech, “I Have a Dream” was presented following a March in Washington and he quickly became known as one of the most famous orators in American history. He was originally inspired by a visit to Mahatma Gandhi’s birthplace in India in 1959 and the deepening of his beliefs for non-violent activism became a stronghold for his ideals in life.

King’s contribution on promoting non-violent fighting for racial inequality earned him the illustrious Noble Peace Prize in October of 1964. In the following years, he also became involved in areas that would help combat poverty as well as voicing his concerns over the Vietnam War.

On April 4, 1968 Martin Luther King, Jr. was assassinated in Memphis, Tennessee. Years after his death, he was awarded the Presidential Medal of Freedom in 1977 and the Congressional Gold Medal in 2004.

In 1986 Martin Luther King, Jr. Day was established as a US National Holiday.